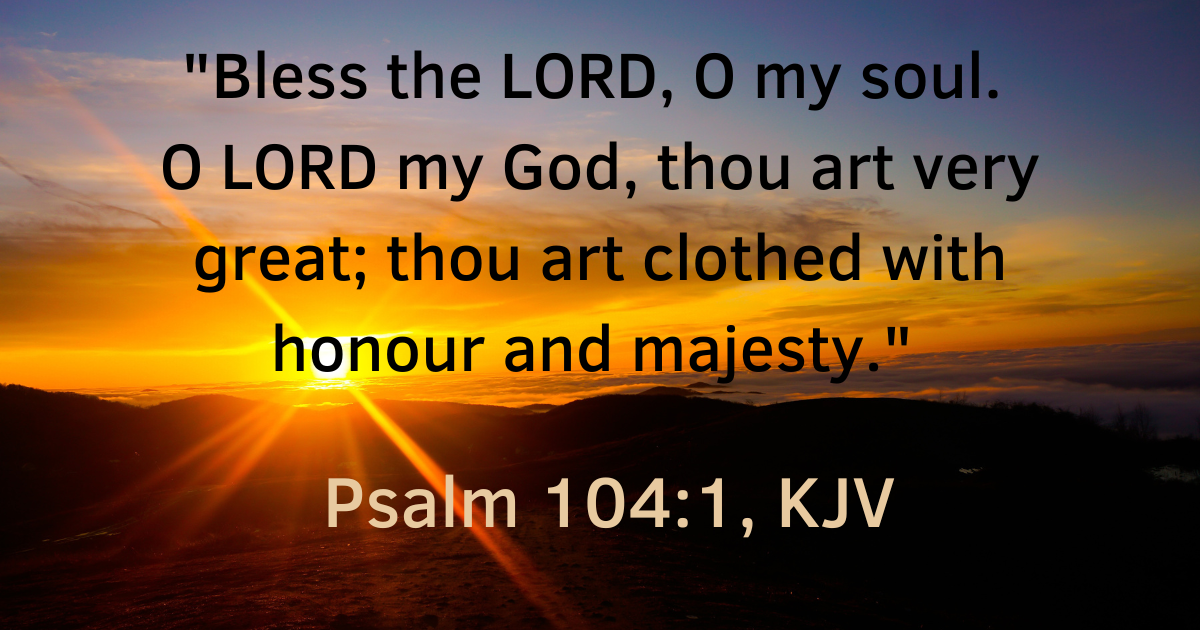 “Thou art very great.”- Psalm 104:1, KJV
The strength and power of the Lord triumph, even when the challenge seems to us too hard to overcome.
At these times, it is helpful to remind each other to have faith – God is stronger and more powerful than any challenge or enemy in front of us as individuals and as a nation.
As fear and anxiety rise up, consider how many times, God has used and led unlikely individuals or small groups in victory over darkness against what appears to be astounding circumstances.
The Bible gives us many examples.
The Bible story of Gideon is about when God used a mere three hundred men to deliver the Midianites against thousands into Gideon’s hands.
The Midianites like locusts were taking crops produced by the Israelites. The people of Israel cried out for the Lord’s help and Gideon was sent to deliver them.
Gideon was unsure he could save Israel because as he said, “My clan is the weakest in Manasseh, and I am the least in my family.”
The Lord assured and proved to Gideon that He would be with him and that the Midianites would be delivered into his hands.
In order to accomplish this, Gideon’s troops were reduced to three hundred as instructed by God, which meant they were vastly outnumbered by the Midianites.
Then Gideon, “divided the three hundred men into three companies, and he put a trumpet in every man’s hand, with empty pitchers, and lamps within the pitchers.”– Judges 7:16, KJV.
He told his men to do as he did when he came outside the camp.
The plan was for him and his troop to blow their trumpets on all sides of the camp and say, “The sword of the LORD, and of Gideon.” – Judges 7:18, KJV.
The Midianites heard the trumpets and saw the torches surrounding their camp. Thinking they were outnumbered, they cried out and fled.
The men of Israel gathered together from Naphtali, Asher, and all Manasseh, and pursued the Midianites.
Eventually, “Midian was subdued before the children of Israel so that they lifted up their heads no more. And the country was in quietness forty years in the days of Gideon” –Judges 8-18, KJV.
By the mighty hand of God, this was a triumphant victory for Gideon and the Israelites.
Many other examples are given in the Bible of when God uses small numbers and unlikely individuals to serve.
One familiar story is that of David and Goliath, where young David chooses to face the Philistines’ Goliath.
With complete faith in the power of God, he addresses his father’s doubt that he is but a youth and that Goliath is a man of war for many years.
“Thy servant slew both the lion and the bear: and this uncircumcised Philistine shall be as one of them, seeing he hath defied the armies of the living God.
“The LORD that delivered me out of the paw of the lion, and out of the paw of the bear, he will deliver me out of the hand of this Philistine.” 1 Samuel 17: 46-47, KJV.
God did deliver him out of the hand of the Philistines that day with a single stone slung by David from a sling that downed their hero.
The Philistines scattered in fear.
The falling of Jericho walls by Joshua is another example of how God’s strength and power work with the faith of others to achieve “impossible” feats.
God commanded Joshua to go around the walls of Jericho once every day for six days and on the seventh day, seven times. Seven priests were to blow trumpets, with the Ark of the Covenant in front of them and all the people were to be behind the Ark of the Covenant.
On the seventh day, they marched around the city seven times. “And it came to pass at the seventh time when the priests blew with the trumpets, Joshua said unto the people, Shout; for the LORD hath given you the city.”—Joshua 6:16, KJV
“So the LORD was with Joshua; and his fame was noised throughout all the country.” –Joshua 6:25, KJV.
And so, the Lord is with us.
In these examples, He delivered the foe into the hands of the faithful, who loved and believed in the all-powerful God.
The Bible shows us God is very great; and, with our faith and love in Him, greater than adversaries of these times!
His mighty strength and Power triumph. Praise God!
***
“Verily, I perceive that the Lord worketh all things with unfailing wisdom, and faileth not in his designs.”
Charles Haddon Spurgeon, Victorian England’s best-known Baptist minister, 1834-1892.