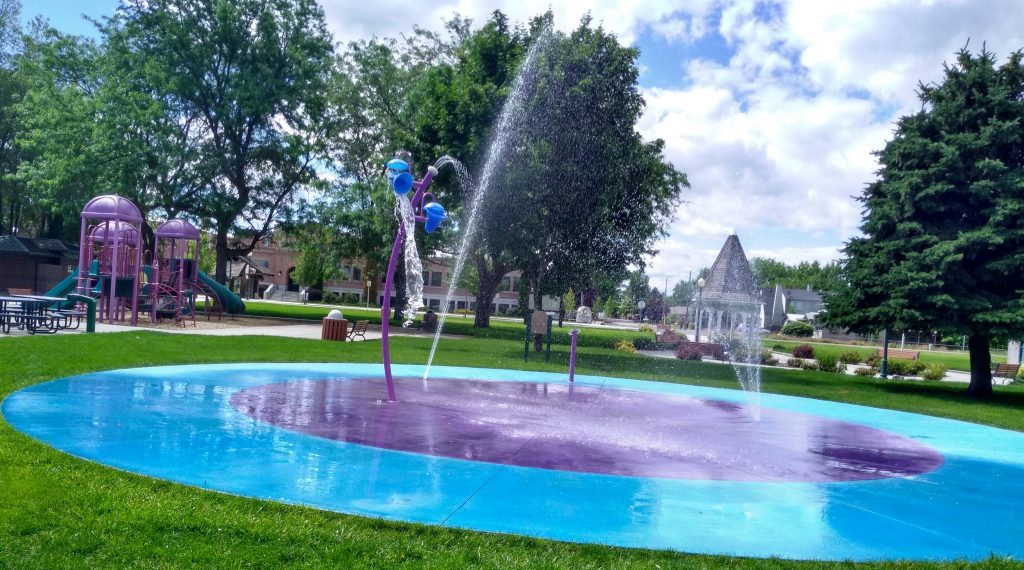 Show children they can shed their fear and have the courage to try new things as they learn and grow.

It was an early summer evening at the local city water park. Kids and adults escape the heat here by running and playing through the sprinklers.

Buckets of water were the best.

They loved to position themselves under buckets of water on posts as they wait for the splash of the bucket’s cool release.

Families and friends gathered their towels, toys, and treats and headed home for dinner.

Two remained, a mom and her tiny daughter, about three years old.

The little girl wore a skirted red bathing suit and mini-white tennis shoes. She was overjoyed that she could reach the on-button to begin the waterworks, if she stretched way up on tippy-tiptoe.

Her little feet moved in quick, short steps like sandpipers on the beach.

She skirted the parameters of the park and made sure of two things. The first, she wanted her mom was just behind her in touching distance. The second, she wanted to avoid going through the high cross-over arches of water in the middle.

She and her mom played a kind of tag with the little water spouts for a while and then her mom encouraged her to go through the bigger water arches.

The little girl started and pulled away several times, shaking her head that it was too scary. Her mom, fully dressed in street clothes, dry hair and make-up went through the arches, getting soaked. Once out the other side, mom threw back her head and laughed. The little girl watched.

Her mom went through many times. Her daughter followed her. Not all the way at first – but try by try, little steps by sand-piper steps, she inched further and further into the arches. Finally, she went through with her mom by her side! Mom lifted up her arms in a “V” for victory and rejoiced.

Her mom didn’t stop with this one victory,

She used the momentum of her daughter’s overcoming her fear and encouraged her daughter to go it alone.

After several starts and stops, her daughter went completely through the water arches all by herself, getting drenched to the cheers of her mom and an enthusiastic high-five!

Her victory inspired her confidence.

Her now confidant daughter ran to the bench, grabbed her towel, wiped off her face, kicked off her runners, deciding to go all out in bare feet!

Her mom showed the way.

In a simple act, mom gave up her hair-do, make-up, and dry street clothes to show her daughter the way to conquer her fear and proved running through the water arches could be joyful and safe.

The parent taught her child a lesson, not by telling her, but by showing her how to move through fear to joy.

May you find joy in today’s adventures and share it with others!