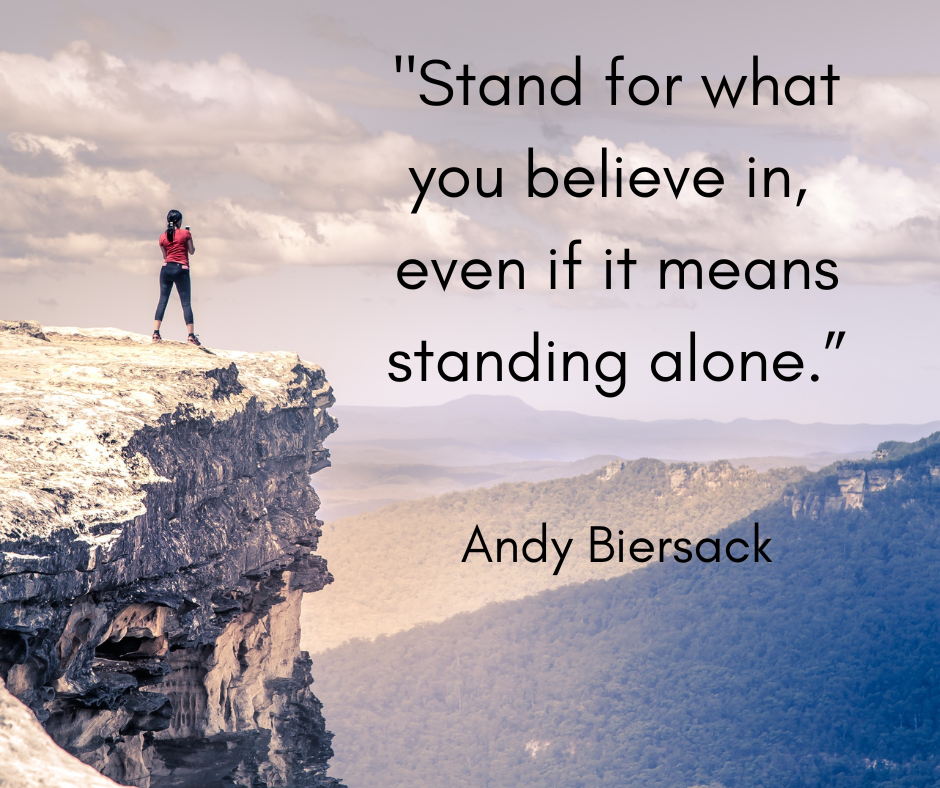 The courage to stand up for what you believe, even if you have to stand alone strengthens your ability to endure life’s challenges with integrity.

A while ago I spoke with a high school girl who told me her story about standing up and standing alone.

This is a difficult task in high school where being in the “in” group has great pull.

She was also a dancer who competed in contests and dreamed of going to New York. A good student and disciplined, she spent a lot of time practicing and doing school work.

Other kids looked like they were having more fun than she.

Feeling lonely, she made her way into the “in” group.

Spending more time on her phone she went lax on her studies.

The group norm was, being social was more important than school, particularly spending time with boys and hanging out.

Karla said the girls were very cliquish and critical of others not in the “in” group.

The “in” group members encouraged her not to hang out with others outside this group.

God was not important to them – they made other things their gods.

Her attitude started to match theirs and she was sharp with others and her family. She traded what made her happy for their rules and codes of behavior.

One night when brushing her hair before bed, something went clicked inside.

Looking at her face in the mirror, she realized she didn’t like who she was becoming.

“What I was doing didn’t feel right and it wasn’t right.”

She parted ways with her “friends.” She greatly limited phone time and refocused on her grades and dance. She started to go back to her church group.

Karla said sometimes she felt lonely and imagined she was missing out, but she would never go back.

It was too painful she thought to live a lie apart from what she believed and who she was.

Courage, commitment, and faith are needed to stand up for what you believe; for oftentimes, it means standing alone.

And, it means realizing from whence our strength comes – “I can do all things through Christ which strengtheneth me.” – Philippians 4:13